Maybe I am a month late here, what’s it to you?

Yeah, that’s right, some of us have been both unwell and attending the LFF, featuring George “The Cloones” Clooney, alright?

Now shut up, sit down and listen, school is in session.

The Muppets’ second feature film event, The Great Muppet Caper, was the focus of October, and it was, erm, it had The Muppets in it…

Set in London, for no discernible reason beyond probably a tax break or the Broccolis offering Piggy a Bond Girl role if they went to Pinewood, what looks from a poster and title stand-poin to be a mystery in the vein of Holmes and Watson, by way of The Muppets, is in actual fact a dated as hell heist film whose plot moves slower than Scraggly Snail, a Muppet I made up for this review, and who moves really slow. 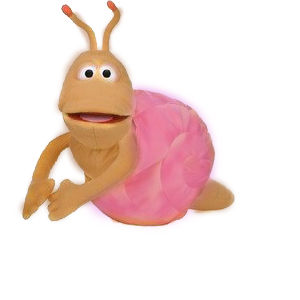 The puppeteer operating him, and yes Muppets have operators, and Scraggly is a he, I checked they made a felt penis, is in fact dead, so the lack of movement from Scraggly is real. I like my operators to be method. It’s why in my studio the operators (Or playboy types) for Kermit and Miss Piggy are actually fucking. And one is sickly green, the other morbidly obese.

You may judge me.

In fact, here is a Judge Judy Muppet to judge for you.

Well, there are Muppets in this film, and some people, humans, who may have been famous. Certainly we all remember Diana Rigg, and there was John Cleese, he was humourous, it might have actually been the last time he was filmed being funny. Well, before Rat Race.

And that’s about it.

I’ll admit, watching Beaker forced to test the electrical security of a building made me chuckle, in a “Well, at least Beaker has some screentime” kind of way. Poor Beaker, he should have a spin-off, but people would complain that it’s all “Mee mee mee”.

(Kudos to Fozzie Bear for that one)

((Actually, he can do better than that, it was all me))

Anyway, The Great Muppet Caper does nothing to aide the memory of The Muppets, it sits poorly alongside the solidly funny if slow The Muppet Movie, an embarrassing waste of time indeed, and yet, the worst is yet to come.